Eat It, Make It, Grow It

Started in 2009 in Oakland, California, The Eat Real Festival was in it’s second year when it came to I Shot Him looking to breathe some life into it’s promotional and wayfinding materials in time for it’s upcoming festival season. The festival seeks to revitalize regional food systems, build public awareness of and respect for the craft and encourages the growth of American food entrepreneurs. Combining a street-food festival and a block party to create a celebration of local food, the organization wanted their new visual voice to speak to the local DIY spirit of the vendors in attendance, while getting across the fun and festive spirit of the event.

The resulting promotional and wayfinding materials made use of playful illustrations and typography. These elements were combined in a number of ways to create eye catching compositions that were used for posters, t-shirts, post-cards, stage and vending signage, festival maps and more. The response to the materals was so positive that many of the graphics were used in years to come and even informed the look of the organization’s new website. 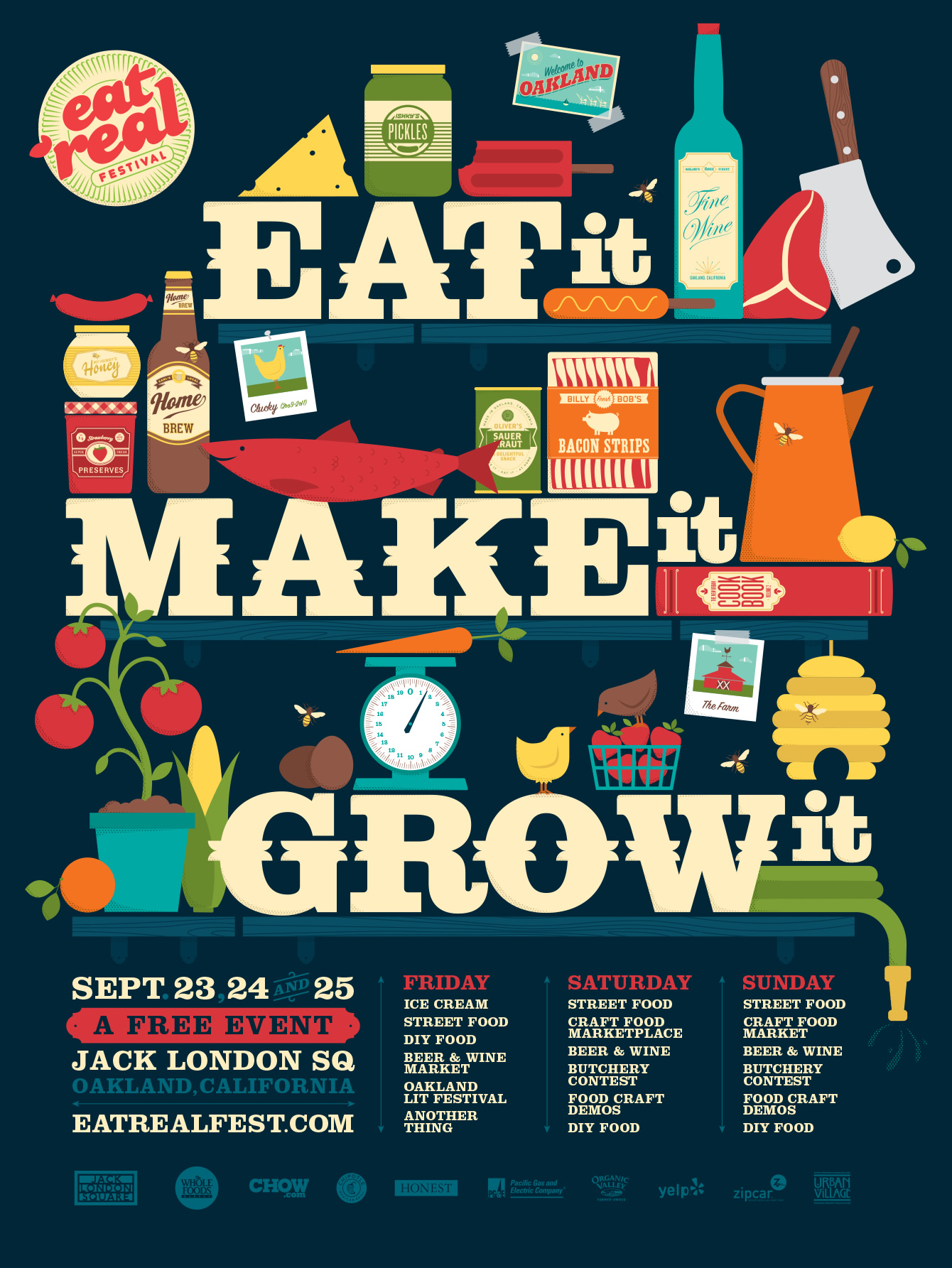 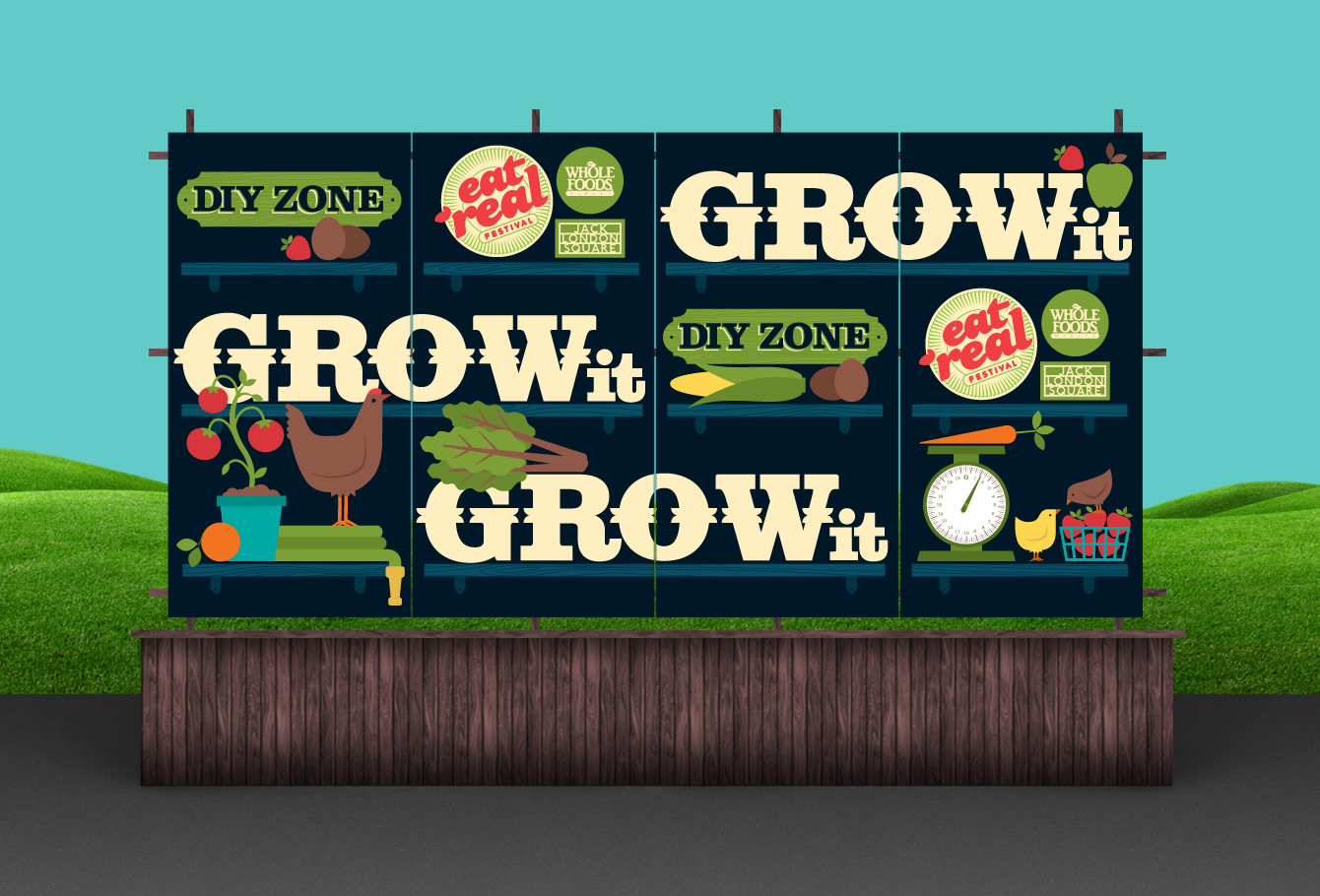 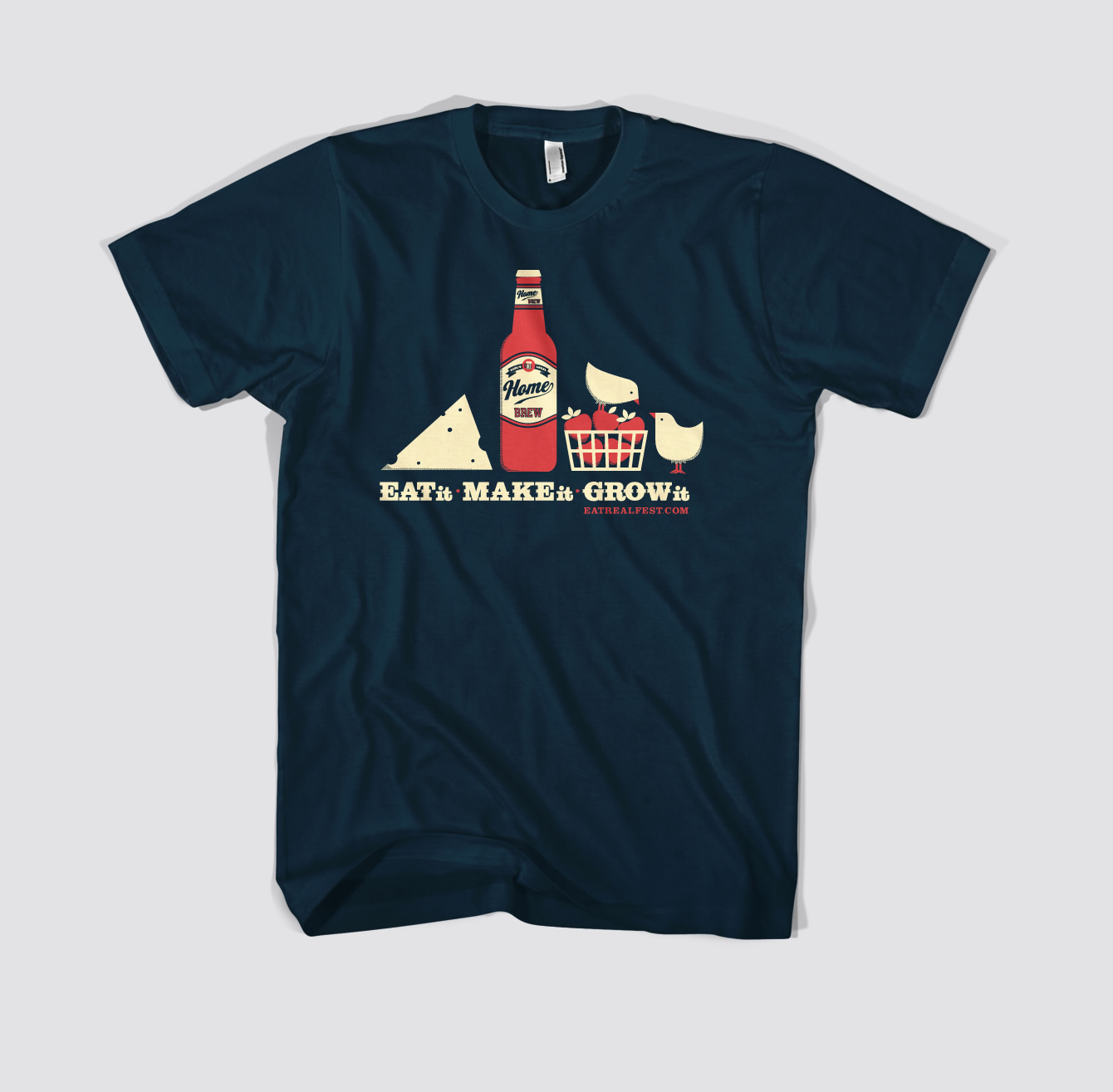 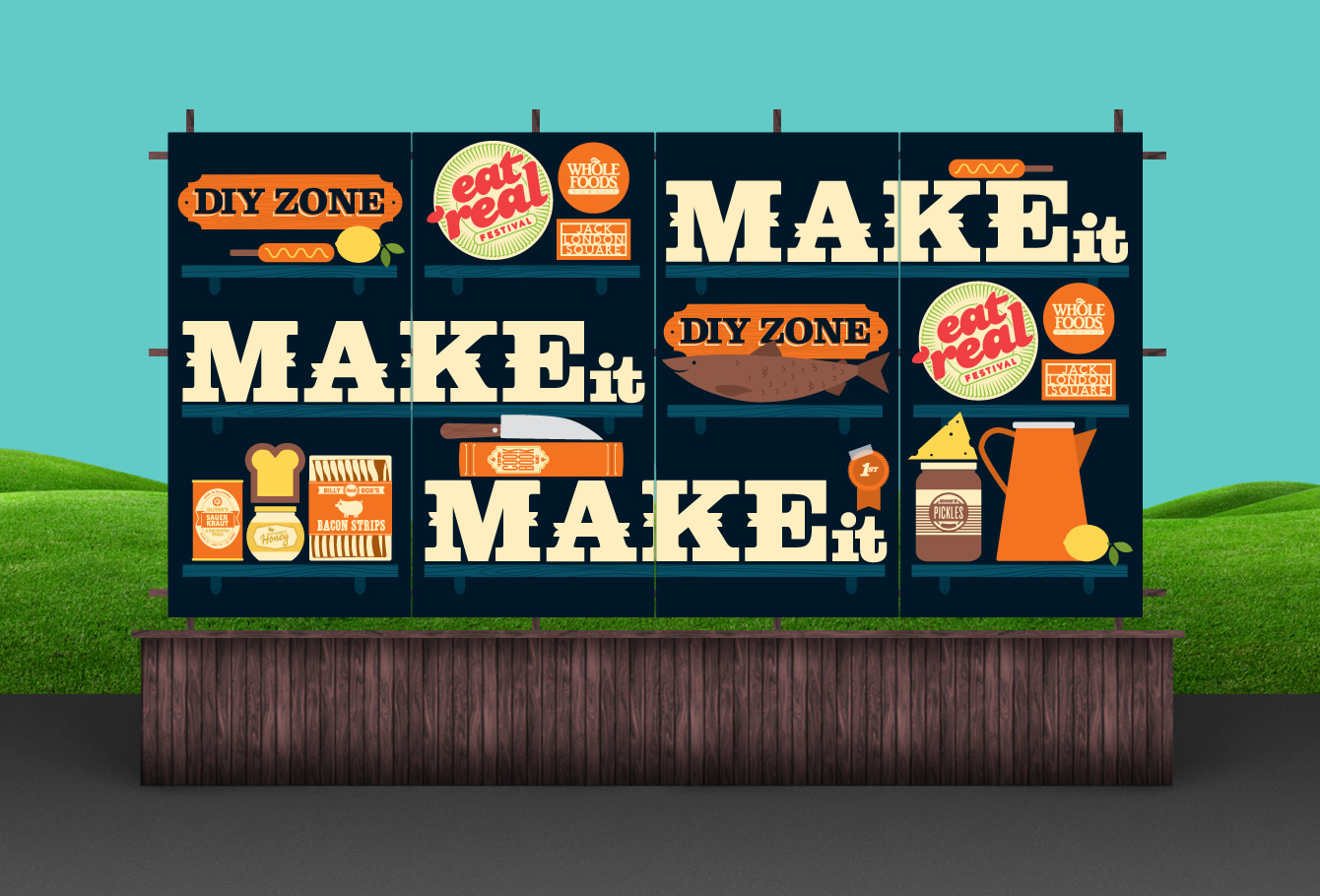 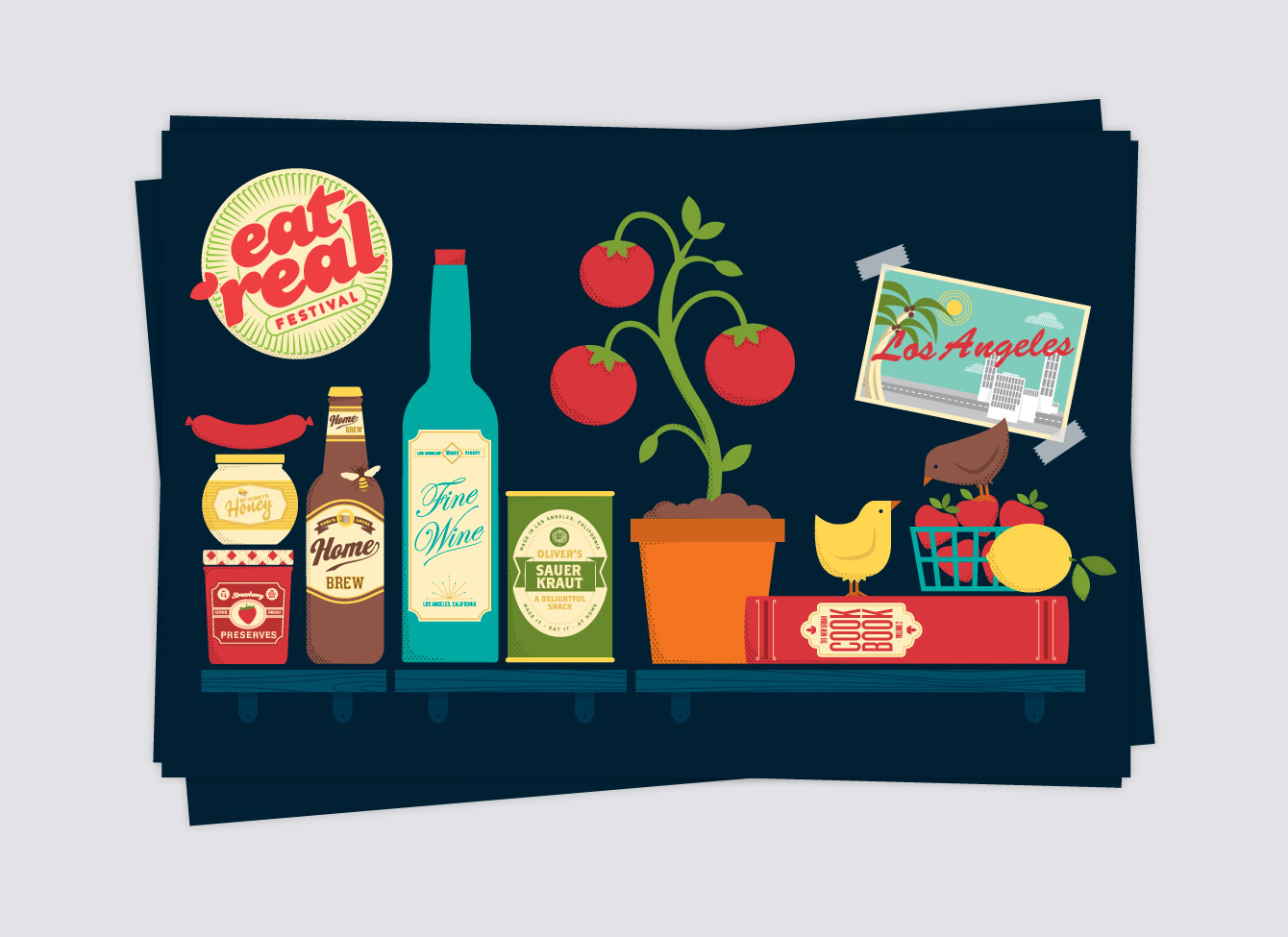 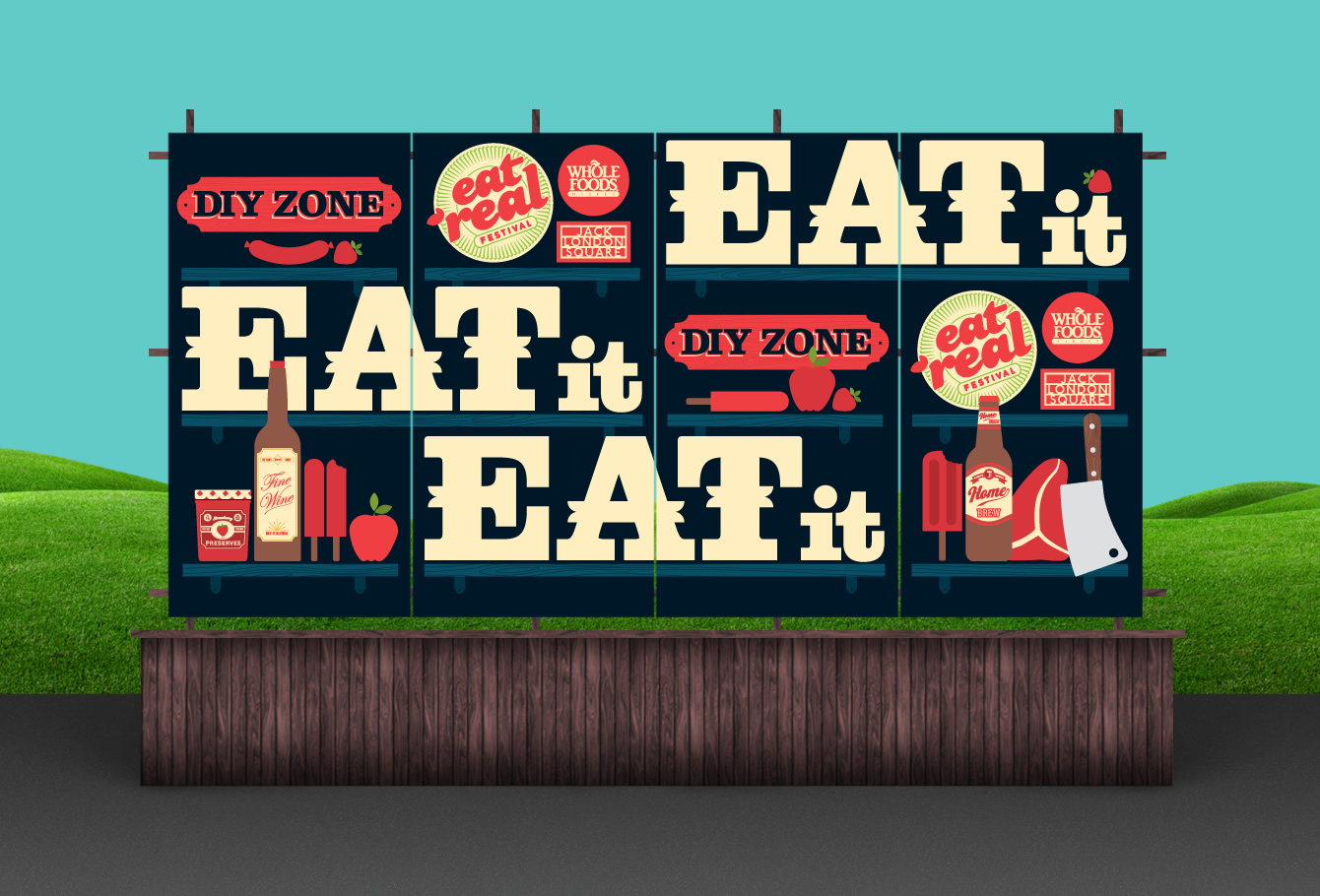 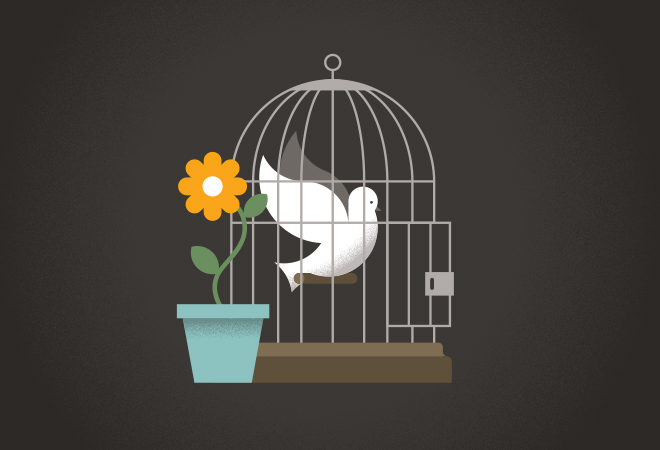 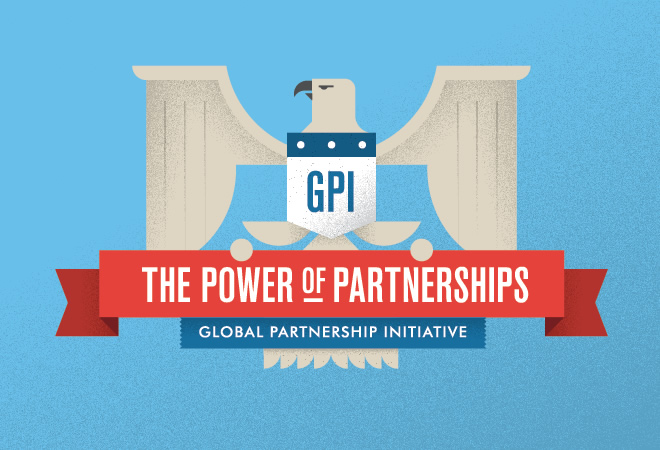