Working with Rogue Paper and Sunken Castles, I Shot Him created a new I-Pad application for MTV’s Jackass entitled “Jackass: 10 Years of Stupid.” The application celebrated the illustrious and idiotic 10 year history of Jackass, and was released in conjunction with a retrospective book of the same name just after the third Jackass movie was released.

The app gives a historical account of the franchise starting with the rise of Big Brother Magazine and the beginnings of the show, chronicling its development up to the latest movie release. Along the way users are presented with a volume of discoverable content and can participate in the shenanigans by pitting angry cows against Johnny Knoxville, making pidgeons explode, watching never before seen video footage, launching characters off various ramps and wreaking general havoc in the process. 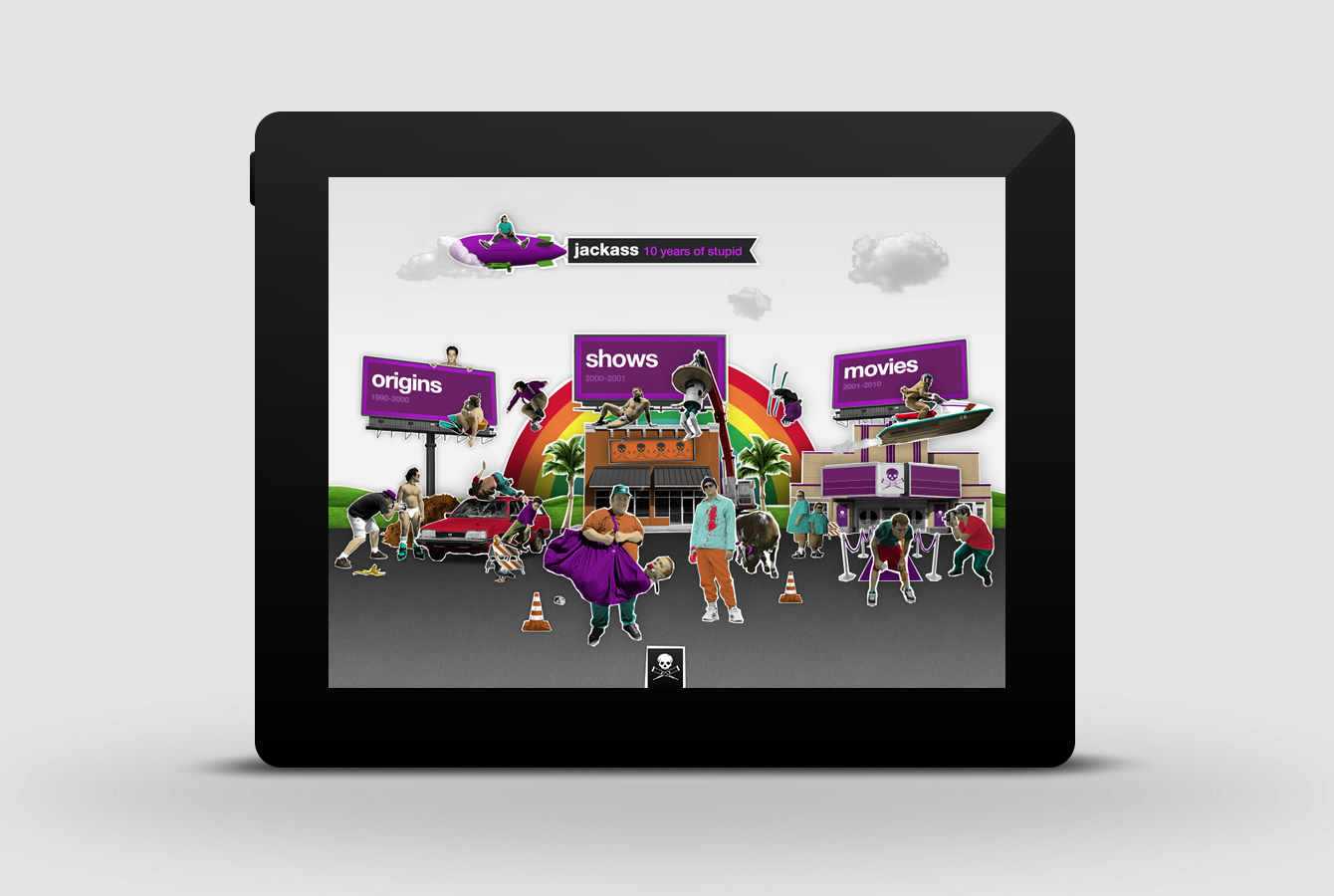 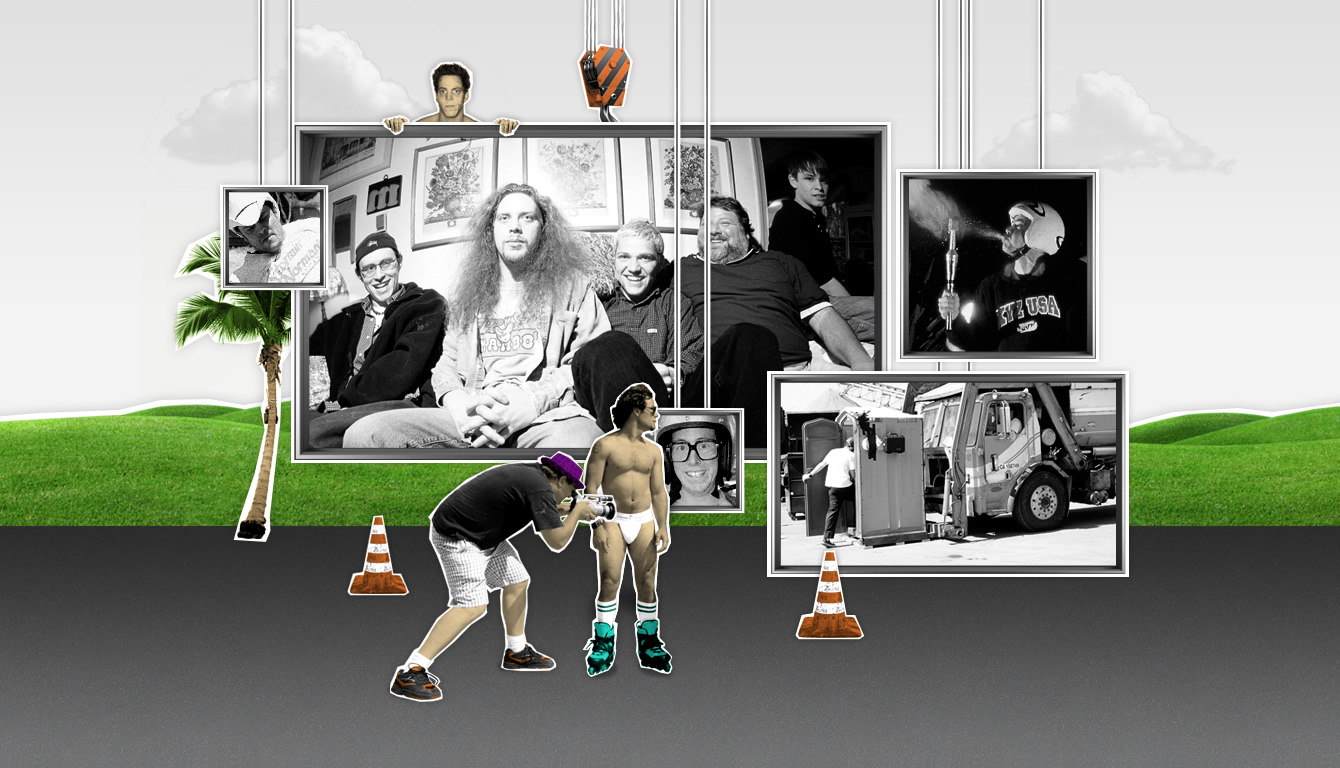 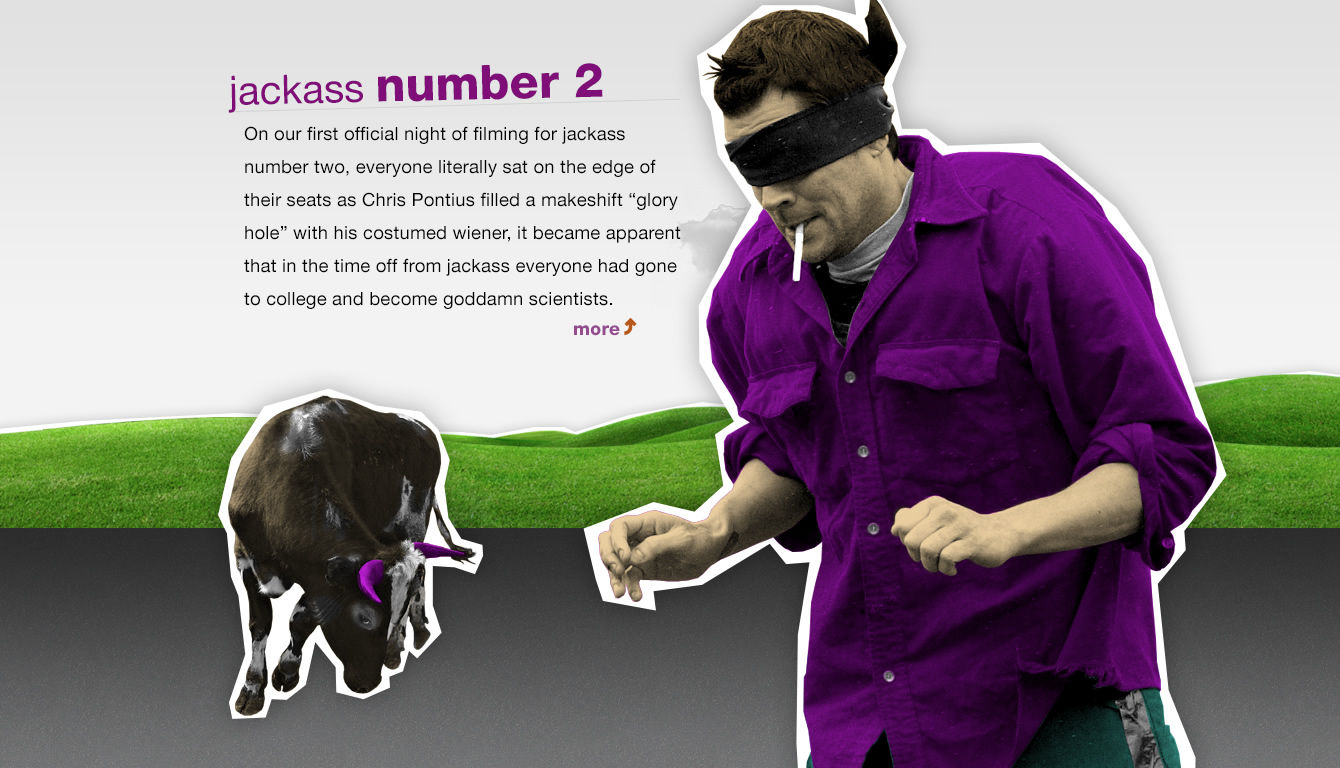 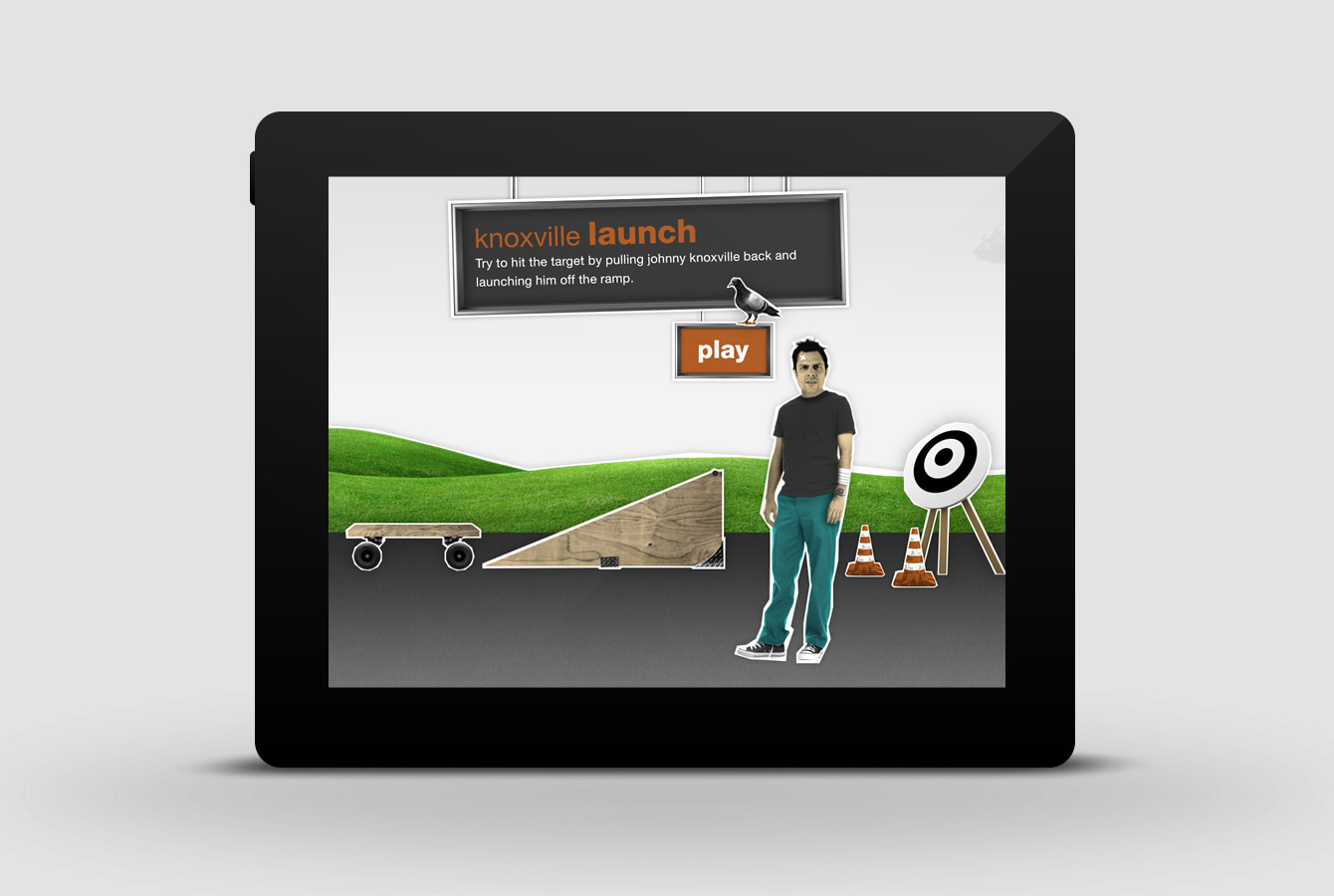 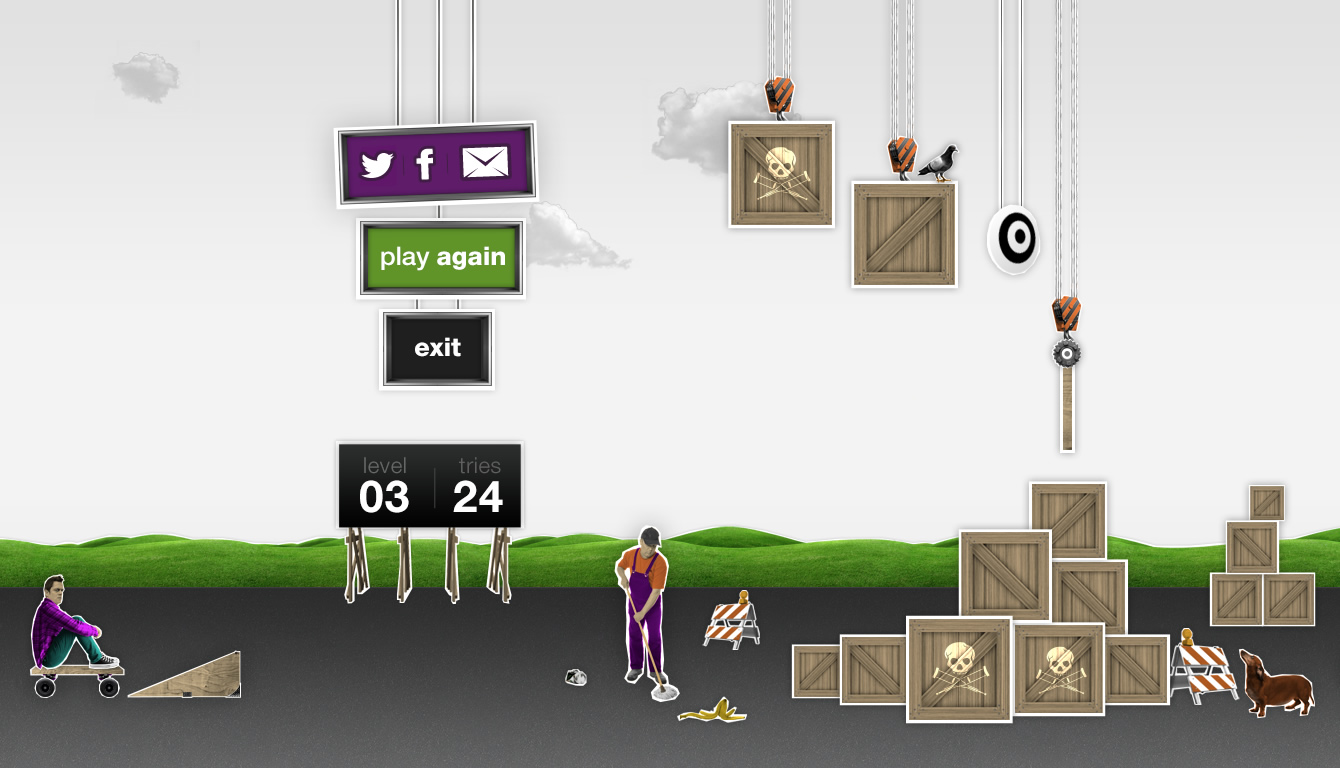 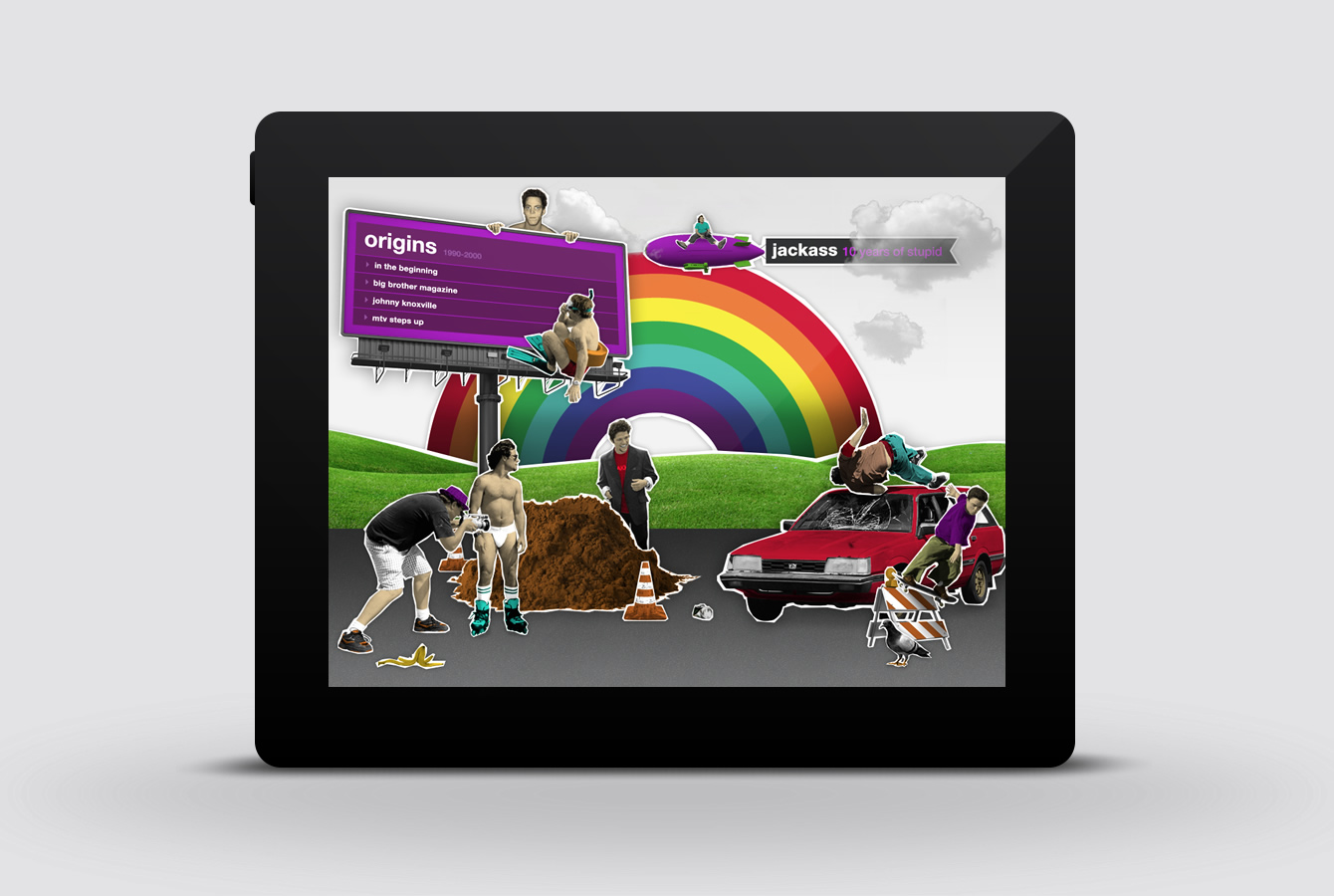 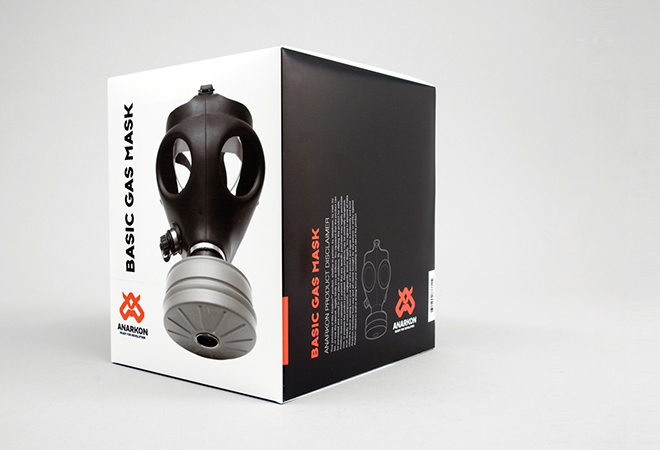